by Wavecrest Publications
in Artificial Intelligence
Reading Time: 3 mins read
A A
45
SHARES
279
VIEWS
Share on FacebookShare on TwitterShare on Linkedin 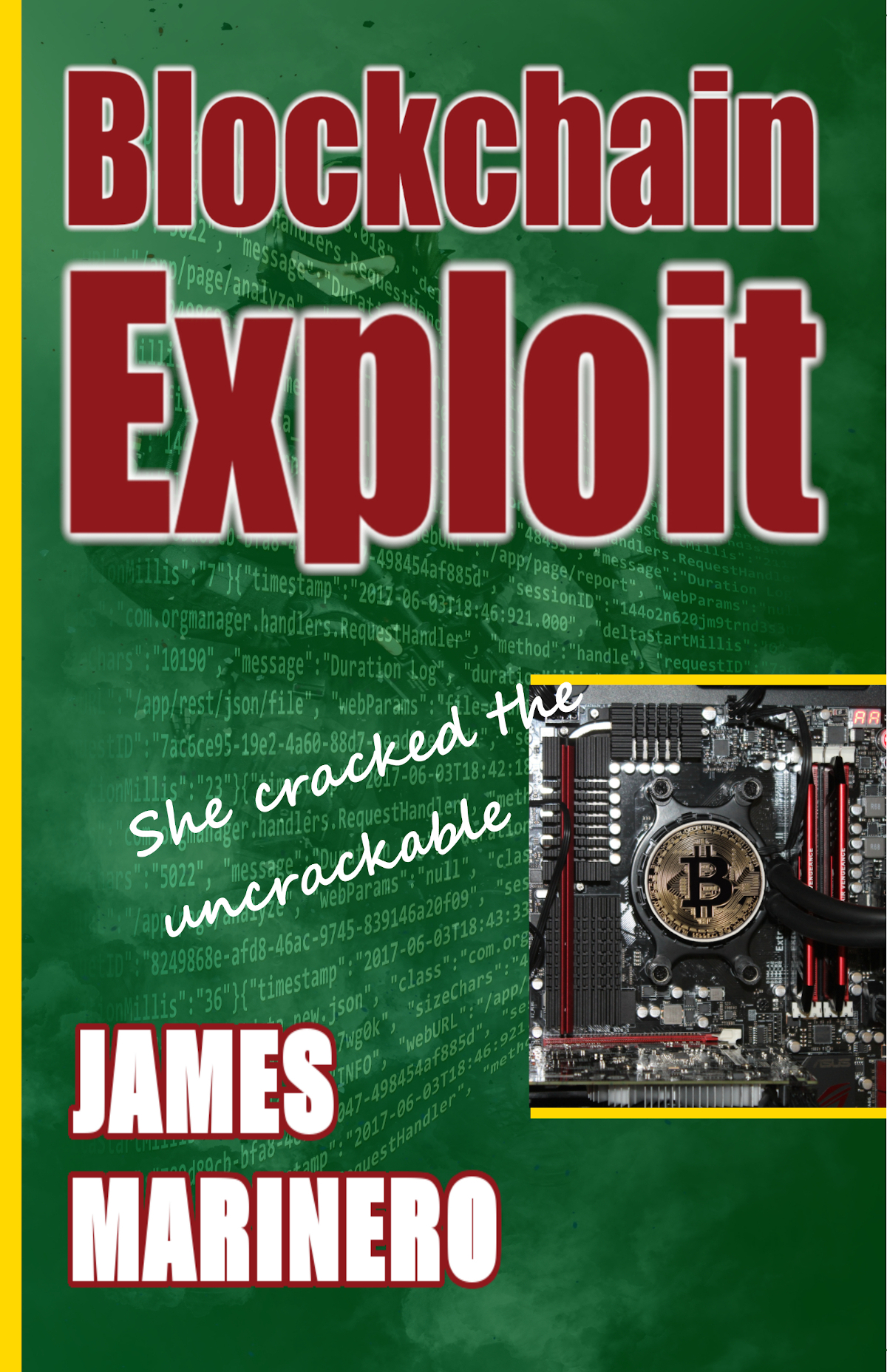 Having sailed his own boat from the U.K across the Atlantic and Pacific oceans to New Zealand, Welsh author James Marinero is a nonconformist. His latest novel about cryptocurrency hacking was written at anchor in New Zealand during the Covid lockdown.

‘Blockchain Exploit’ is an up-to-the-minute techno-thriller continuing his themes of global-scale espionage, terrorism and financial shenanigans. He’s worked in many countries (including in the Middle East), exposing him to inspiration for his writing beyond anything most authors could aspire to. This profound experience is vivid in his writing.

An up-to-the-minute pacey thriller about the hacking of Bitcoin
blockchain technology and cryptocurrency on a global scale.

Sveta Kovacs
is a sociopathic Ukrainian expert in blockchain technology with a Ph.D.
in cryptography. After hacking a Russian air-defense system and downing
an airliner she has moved on and found a way to exploit a weakness in
blockchain technology. If she succeeds there are billions of dollars at
her disposal.

The UK Government hunts her down to acquire her software technology and proceeds to plug the bleeding of cash resulting from the Covid impact on the British economy.

MI6 – the Secret Intelligence Service – and GCHQ employs the frightening power of an AI (Artificial Intelligence) system, cynically named ‘Baskerville’, in the hunt. An ex-Royal Marine is coerced into action by the SIS as the search progresses.

Then the  Russian CryptoRuble is threatened by the hacker, drawing the FSB and Spetsnaz into an attack to protect their fledgling cryptocurrency.

Marinero points out that

“Cryptocurrency hacking is a very real threat and there have been several instances of large scale thefts. This is the ultimate nerd-crime at a scale an order of magnitude beyond Wall Street white-collar scams. It works well for terrorists too, threatening significant stress to major economies.”

“Of course, the entire adventure is wrapped up in a fast moving and complex story involving Saudi Arabian funding for terrorists – a topical hot potato – with Russian Special Forces and leading-edge technology.”

“The artificial intelligence and automated data gathering aspects are frightening, They are a major issue that society faces today.”

The book had an unusual gestation didn’t it?

“Indeed it did. I completed this novel while at anchor in New Zealand under Covid lock-down, making it a unique literary project. I tried to make it a compelling read for both hard-core fictions fans as well as action and espionage fans, and maybe even some nerds.”And what about the recent excitement over NFTs?

“NFTs – Non Fungible Tokens – are rising in prominence, but they, just like Bitcoin, rely on blockchain technology. They are potentially vulnerable to hackers, scams and fraud. Very recently we saw a prominent NFT collector tricked out of $336,000 USD worth of Ethereum cryptocurrency for a Banksy NFT.”

Should Governments be concerned?

“Blockchain Exploit was written purely to entertain, trying to simplify a hugely complex subject as far as I can understand it myself. I’m certainly not the best person to judge but perhaps there is something in it for Government Treasuries to ponder about. And NFT collectors too.”Review copies

The Prologue, narrated by 4 Artificial Intelligence voices, can be heard at at the Podbean podcast siteBook Availability

Versions for Nook, Kobo and all other e-Pub devices are available at the Lulu Store

Paperback versions will be available from 20 September 2021.

Press release distributed by Pressat on behalf of Wavecrest Publications, on Tuesday 14 September, 2021. For more information subscribe and follow https://pressat.co.uk/