Elon Musk announced that the Tesla Bot, a humanoid robot with AI, is coming out in 2022 and has already been showered with memes!

by Entrepreneur en Espanol
in Artificial Intelligence
Reading Time: 2 mins read
A A
45
SHARES
280
VIEWS
Share on FacebookShare on TwitterShare on Linkedin 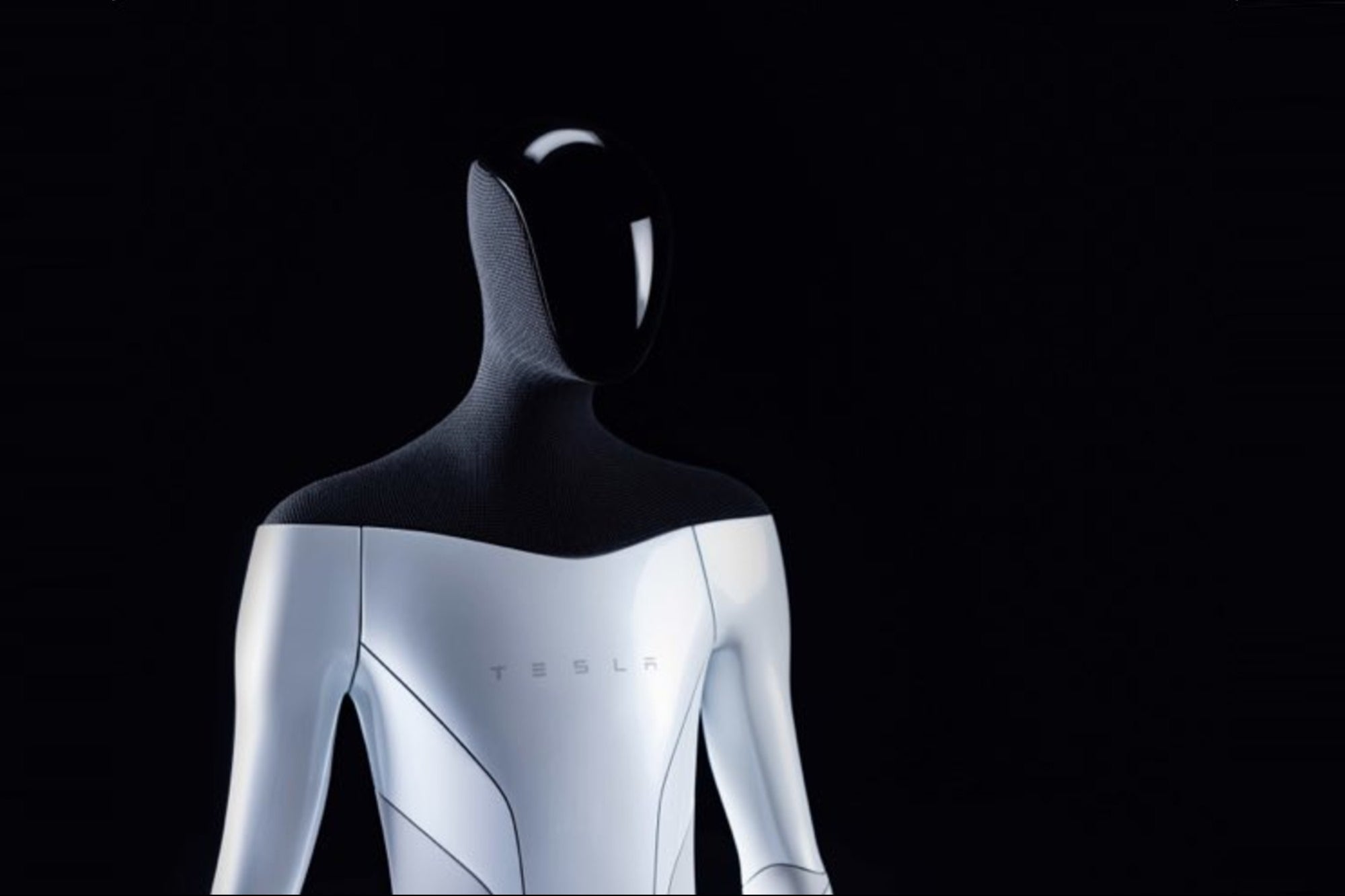 This article was translated from our Spanish edition.

Opinions expressed by Entrepreneur contributors are their own.

This Thursday, Elon Musk announced that his electric vehicle company is working on creating a humanoid robot . The invention will be called Tesla Bot and will work with the same Artificial Intelligence (AI) that its cars use.

The Tesla CEO made the surprise reveal at the end of his Artificial Intelligence Day presentation, supported by PowerPoint slides. Among the details he shared about the Tesla Bot , he highlights its possible launch date in 2022 .

It may interest you: Elon Musk arrives on Netflix, they will broadcast SpaceX space mission ‘almost in real time’ Elon Musk also revealed that the robot will have a height of 1.73 meters , but despite its height it will only weigh about 57 kilos , since it will be made of “light materials” .

Inside, the humanoid will be operated by a Tesla Full Self-Driving (FSD) computer . The ‘head’ will be equipped with cameras like those used by Tesla vehicles in their autopilot system to map the environment. Your ‘face’ will be a screen to display information and, most likely, touch controls.

What functions will the Tesla Bot have? The businessman, who today is the second richest man in the world according to the Forbes billionaire ranking, said that the Tesla Bot “is intended to be friendly and navigate through a world built for humans .”

Join us to build the future of AI → https://t.co/Gdd4MNet6q pic.twitter.com/86cXMVnJ59

– Tesla (@Tesla) August 20, 2021 As he explained, the Tesla android would “eliminate dangerous, repetitive and boring tasks” which would have “profound implications for the economy .” As an example, Elon Musk suggested that the robot could be told: “go to the store and buy the following food ” .

“We should be concerned about AI ,” the controversial businessman said in a question and answer session. However, he noted that Tesla seeks to create “a useful AI that people love and is unequivocally good .”

Also read: the United States will investigate Tesla’s ‘autopilot’ system after 11 accidents The Tesla Bot dance Elon Musk and Tesla’s presentation did not include any prototypes or samples of the humanoid robot. However, an artist dressed as a Tesla Bot did appear doing a strange dance that immediately inspired memes. Here are some to brighten your day …

– StarBoy (@jacintotoobeast) August 20, 2021 “My Tesla Bot going to Seven Eleven to bring me a slurpee.”

My Tesla Bot is teaching me how to dance. Little worried it wants to move my brain out of my body though. #teslabot pic.twitter.com/81R5Ywolj9

Can’t wait to have a dance party with my Tesla bot. pic.twitter.com/2bj1hde0S0

We recommend: Jeff Bezos did it: NASA suspends Elon Musk’s contract with SpaceX due to demand from Blue Origin

Ghost Robotics, makers of a family of four-legged robots called Q-UGVs, has made dog-like robots for the military for a...

The Global Consumer Robotics Market size was valued at USD 24.11 billion in 2019 and is expected to reach USD...

Mark Neuenschwander is founding director of the THRIV Coalition. He is a longtime patient safety advocate and academic responsible for...

Two teams of Xi’an Jiaotong-Liverpool University (XJTLU) students recently showed off their skills at the iFLYTEK Intelligent Restaurant Session of...

Some three students of the Adekunle Ajasin University, Akungba Akoko(AAUA) have achieved a significant feat in the world of robotics...

Ami-Chan, the doll with artificial intelligence that accompanies the elderly in confinement