by Mike Dalton
in Ransomware
Reading Time: 3 mins read
A A
45
SHARES
280
VIEWS
Share on FacebookShare on TwitterShare on Linkedin 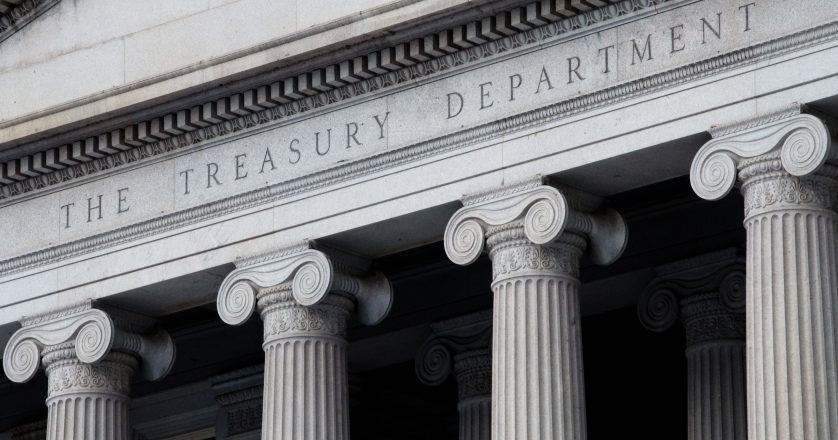 The U.S. Treasury under the Biden administration plans to create anti-ransomware sanctions that target the use of cryptocurrency, according to reports from the Wall Street Journal.

Bad Actors and Exchanges Could Be Targeted
Though officials have not commented on the plan, experts suggest that the Treasury aims to create sanctions that target specific actors and wallets rather than the entire cryptocurrency infrastructure.

However, this could involve sanctions against exchanges that have handled ransomware payments. The WSJ suggests that this could “disrupt that firm’s ability to do business” and “spook other cryptocurrency platforms into avoiding such transactions.”

The rules have been under development since the Treasury issued a warning in October 2020 that advised businesses of possible sanctions and penalties for facilitating ransomware payments. A task force was then assembled in April of this year.

According to insiders, the sanctions could take effect as soon as next week, though no definite date has been given.

Ransomware Collected $400 Million in 2020
Ransomware continues to grow in scope. According to the blockchain analytics firm Chainalysis, ransomware victims paid more than $400 million in cryptocurrency over the course of 2020.

That amount is more than four times the amount paid in 2019, when $93 million was collected by attackers.

Recent high-profile incidents include attacks against the U.S. Colonial pipeline and the meat producer JBS Foods. Additionally, various hospitals were targeted in October 2020.

Disclaimer: At the time of writing this author held less than $75 of Bitcoin, Ethereum, and altcoins.

Russian cybercriminal group REvil is demading a $70 million Bitcoin ransom after carrying out a major ransomware attack in the U.S. and Europe.  A Colossal Ransomware Attack  A group of…

How to Trade Using the Inverse Head and Shoulders Pattern

A senior Department of Justice official has revealed that the U.S. will give similar priority to ransomware attacks as terrorism, according to a Reuters report. The news comes after the…

Why Is South Korea Such A Target For Ransomware?

Ransomware attacks demanding cryptocurrency payments have been on the rise, striking police stations, hospitals, and (most recently) the city of Atlanta, Georgia. But no locale is suffering as much, say…

Will iPhone 13 Trigger Headaches and Nausea?