This new glove from Facebook lets you feel objects in VR

by Joshua Hawkins
in Artificial Intelligence
Reading Time: 2 mins read
A A
45
SHARES
279
VIEWS
Share on FacebookShare on TwitterShare on Linkedin 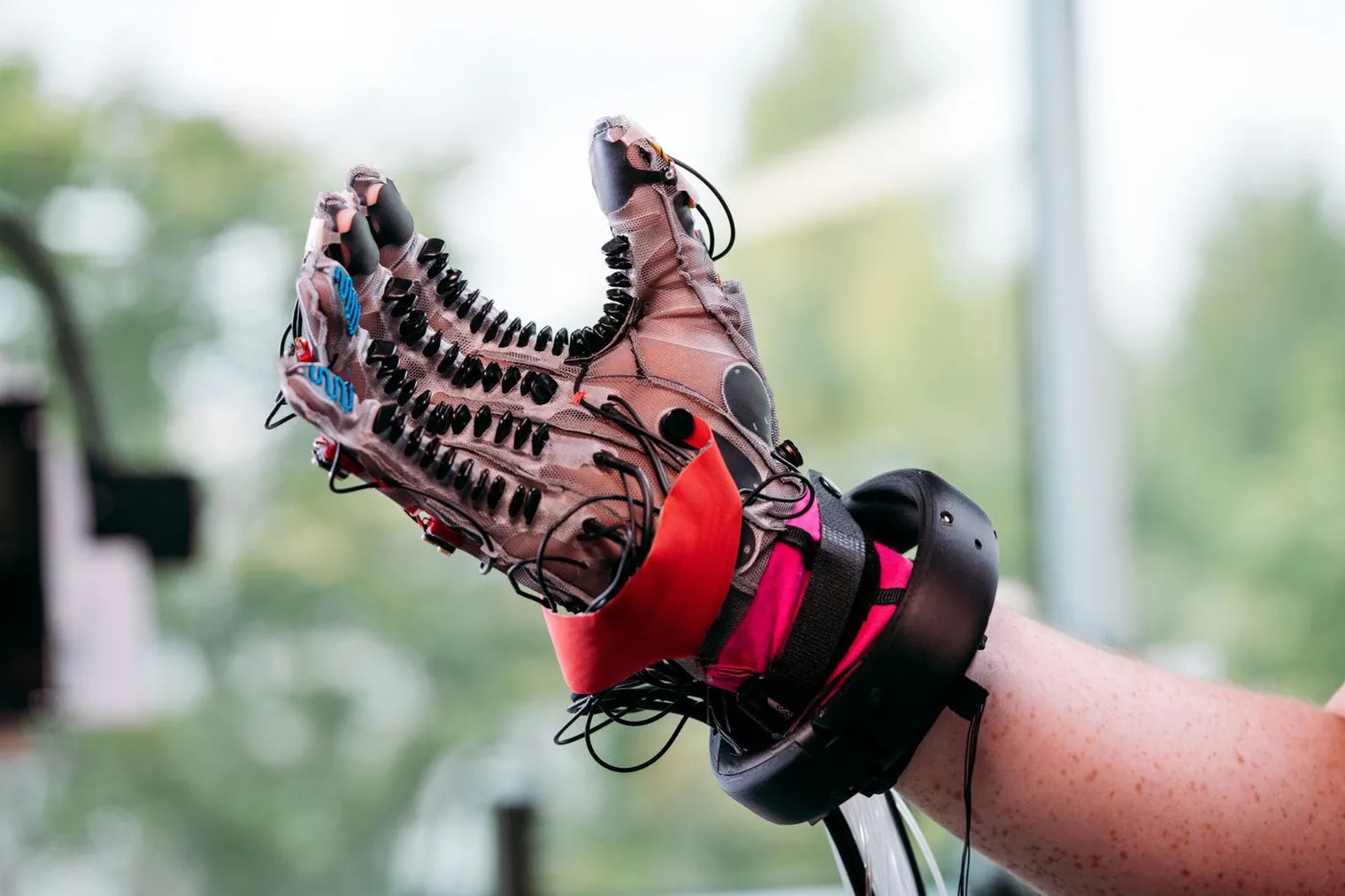 A new prototype set of gloves from Meta (formerly Facebook) could open the door for devices that let you feel objects in virtual reality.

The gloves were created by Meta’s Reality Labs, and they’re currently still in the prototype phase. That means they aren’t going to be available to the public anytime soon. The company sees the gloves as the future of interacting in virtual reality and augmented reality experiences, alongside other wearable tech.

Facebook’s VR gloves could let you touch objects in the future
Image source: Meta Reality Labs
At a basic level, the new gloves are a haptic prototype. Basically, when worn, these gloves could let you interact directly with objects in VR or AR experiences. When enabled, that would allow you to physically feel the objects thanks to the various haptic markers installed on the gloves.

When the gloves are placed on a user’s hands, a control system adjusts the inflation of the glove to create pressure around the hand. The inflation will change as you interact with objects. If you grip something, you’ll be able to feel the pressure on your hand. Long finger actuators in the glove will stiffen, and that then creates a sense of resistance.

Meta has reportedly been working on this tech since it acquired Oculus VR in 2014. The current prototype draws a lot from the field of soft robotics. This field wants to replace bulky motors with tiny air valves. The prototype also uses audio and visual cues to help create the sensation that users can feel when wearing the gloves.

Haptic gloves are still a long way off
Image source: Meta Reality Labs
Unfortunately, those looking to get their hands on a pair of gloves like this will probably need to wait a while. As noted above, this is still an early prototype. As such, there’s no current timeline for when Meta could launch a finalized version for consumers. There are, of course, other technologies like this in development, but no timetable has been given on those yet, either.

Once Meta decides to move forward to a consumer-version of these haptic gloves, it could take the market by storm. Not only does the company have plans to create a metaverse that integrates VR and AR seamlessly, but it also has Oculus VR under its umbrella. By having direct access to the development of future Oculus products, Meta can ensure these gloves work flawlessly. That could then encourage developers to support the devices because they work by default.

Of course, there’s still a long way to go before we can get our hands on haptic gloves like this. Not only does Meta need to make them smaller, but it also has to find ways to perfect the tech and make it cheaper to produce. We’ve already seen how expensive VR headsets can hold back the market. Creating peripherals isn’t going to allow the company to achieve its metaverse if consumers can’t afford to purchase them outright.

by American Institute of Physics
0

Home Physics News By American Institute of Physics December 4, 2021 Origami- and kirigami-based metamaterials have applications from robotics to...

WBA Field Trial Demonstrates How Wi-Fi 6E And 6 GHz Maximize Speed, Coverage And Capacity For Home Networks Of The Future

Two things we can’t stop talking about: the company formerly known as Facebook and the Metaverse. AI and machine learning...

We're in a new era of spaceflight: The national space agencies are no longer the only game in town, and...

Israeli malaria-fighting startup Zzapp Malaria, a company that has developed a mobile app that utilizes AI to locate malaria hotspots,...