by Jason Cartwright
in Artificial Intelligence
Reading Time: 3 mins read
A A
45
SHARES
279
VIEWS
Share on FacebookShare on TwitterShare on Linkedin 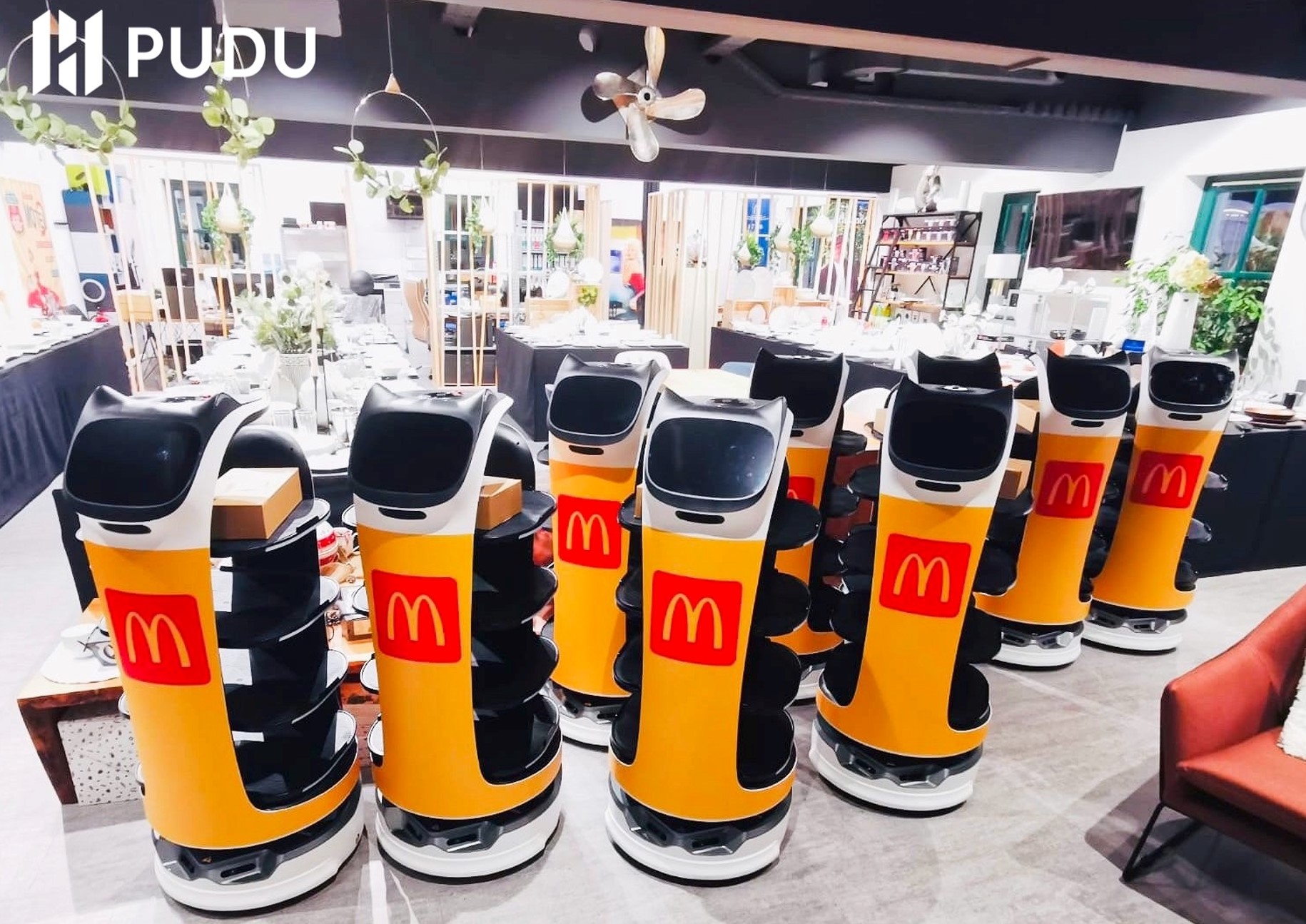 I’m about to take you on a journey that starts at TikTok and ends in autonomous robots in Solvenia, hold on.

It’s Saturday afternoon in Australia and I’m relaxing, flicking through TikTok to kill some time and I come across this video from @sara_vrecko. While anything in the field of robotics is likely to grab my attention, this was particularly interesting given it was a robot being used in the real-world commercial setting of McDonalds.

Thankfully Sara captioned the video to let us know it was taken at a McDonalds in Slovenia. After a little searching on our friend Google, I managed to track down other videos of the robot in action.

I was keen to learn more about the company that makes the robots to understand the tech stack that enables this autonomous food delivery for customers inside the restaurant. Thankfully the video below did the hard work for me, including the model name in the video title.

A quick search of that model name and we find ourselves at the manufacturer’s website, Pudu Robotics out of Shenzhen China.

The company started fairly recently, back in 2016 and since then has attracted millions in funding which has helped to create a series of autonomous robots.

The particular one in the TikTok video is the Pudu Robotics BellaBot. This robot features a display at the front which serves multiple purposes.

Staff can interact with the touchscreen to nominate a table to deliver each of the 4 trays to. When in motion, the display is used to anthropomorphize the robot, giving it human eyes that even blink, making the robot appear more friendly.

This human butler on wheels may seem like unnecessary automation, but in a busy restaurant, using human labour to walk from behind the counter, to a customer table and back, is a really inefficient use of their time. The time regained by distributing this task to robots can be redeployed into making more meals or serving more customers, which in turn increases revenue.

The robot also supports voice input, tray detection and can return to a designated area when not actively on a job.

One of the biggest challenges in navigating a complex, ever-changing environment, is how to safely navigate the space without running into people, chairs etc. The robot uses 3D obstacle avoidance, similar to the robot vacuum cleaners many of us have at home. On the back of the robot, you’ll also see navigation arrows that let people moving around the robot, understand where it’s about to turn, important for the predictability and comfortable inter-human operation.

In the base of the robot, lies 3x depth cameras, combined with other sensors below the display, that provide the ability to detect obstacles in the robot’s path.

This obstacle detection is sampling the environment up to 5,400 times per minute or 90 times per second. Looking forward it has a front detection angle of up to 192.64° and a range of up to 10m providing lots of time to respond to people moving around it.

When the robot arrives at its location (adjacent to the table the food is being delivered), a series of LED lights turn blue to draw the attention of the customer and invite them to remove their tray.

Pudu Robotics isn’t just targeting the food industry with these robots, they are pitching it for use in medical, office and retail spaces as well.

The BellaBot stands 1.2m tall and weighs 59kg. Its payload is a max of up to10kg/tray for a total of 40kg and after charging its replaceable battery for 4.5hrs you get around 12hours of battery life, but if you switch the battery out, this essentially becomes all-day battery life.

While the price tag for each of these robots isn’t known, it is clear this McDonald’s in Slovenia invested heavily in BellaBot, with Pudu Robotics sharing a photo on social media of 9 McDonald’s branded robots.

Clearly moving around environments with people needs to be done safely, so the robot is limited to a speed of 1.2m/s and that can be reduced to as little as 0.5m/s. The robot is also capable of climbing inclines of up to 5° and uses auto-levelling adaptive variable suspension to ensure things stay upright. Damping can be altered according to different floor conditions and driving requirements.

Overall it’s a very impressive use of an autonomous robot by McDonalds and I’d hope they share their successes with the franchises internationally.

Pudu Robotics has also gone one better than BellaBot this year, introducing the KettyBot. While the robots have the same concept, KettyBot features a couple of new tricks, one returning to base charging for essentially unlimited hours of operation, as well as a large display on the front that can be used to display advertising while moving around its environment.

Bonus points, BellaBot is also being used by a