Best Wearables Launched In 2021: Everything From Apple Watch Series 7 To Snap Spectacles

by Luz Block
in Technology
Reading Time: 3 mins read
A A
45
SHARES
279
VIEWS
Share on FacebookShare on TwitterShare on Linkedin 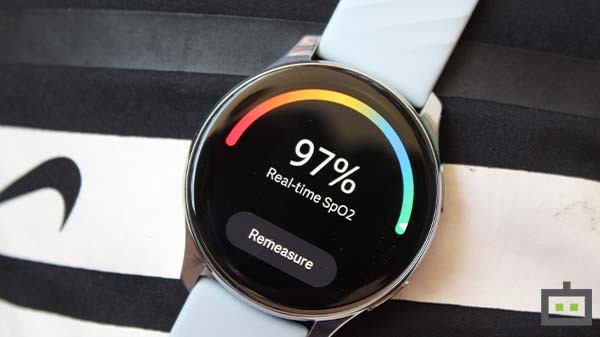 Wearable technology has come a long way – and we’re not just talking of smartwatches and fitness bands. Today, smart glasses, AR and VR glasses, smart clothes, and much more are available. These help to stay connected while also monitoring your health. The year 2021 witnessed technological advances, especially in the wearable technology industry.

Apple Watches Series 7 Starting with the Apple Watch Series 7 – one of the most upgraded and sophisticated smartwatches of 2021. This year, Apple has increased the watch’s size and has brought in fast charging support. The larger immersive display has also brought in several health-centric features to the Watch Series 7 giving the most accurate results, making it among the best wearables launched in 2021.

Samsung Galaxy Watch4 Coming as a close competitor to the Apple Watch Series 7, the new Samsung Galaxy Watch4 is one of the best wearables launched in 2021. This smartwatch draws power from the upgraded Exynos W920 chipset and is coupled with the WearOS. The series includes the vanilla model and the Classic model that features a stainless-steel chassis. More importantly, the sensors and meters on the Samsung Galaxy Watch4 are highly advanced and upgraded.

Oculus Quest 2 VR Glasses If you’re looking for a complete VR experience, the Oculus Quest 2 comes as a complete package. It draws power from the next-gen Snapdragon XR2 platform offering a higher AI capability with 6GB RAM. These VR glasses feature 1832 x 1920 pixels per eye, making it Oculus’ highest resolution display in the market and making it among the best wearables launched in 2021.

Facebook Ray-Ban Stories Glasses The Facebook Ray-Ban Stories redefined modern smart glasses. Its fashionable design is available in three models Meteor, Round, and Wayfarer. What’s more, these smart glasses are available in five colors and six types of lenses developed by Ray-Ban. As one of the best wearables launched in 2021, Facebook Stories can be doubled as headphones and cameras.

Xiaomi Mi Watch Revolve Active Joining the list of smartwatches announced this year is the Xiaomi Mi Watch Revolve. The new smartwatch from the popular Chinese brand features a 1.39-inch AMOLED display encased in a fiber-reinforced polyamide chassis. It is also one of the most comfortable smartwatches in the market with many trackers like SpO2 sensors and so on. Its attractive price tag further makes it one of the best wearables launched in 2021.

These are some of the best wearables launched in 2021. Of course, we still have smart jackets, smart shoes, and so on that have debuted this year. This year, we certainly saw upgrades than previous generations of smart wearables. For all we know, the year 2022 might bring in much more design overhauls and feature upgrades.