CSIR governing board tasked to strengthen collaborations with government agencies

by Margarete Damron
in Technology
Reading Time: 2 mins read
A A
45
SHARES
279
VIEWS
Share on FacebookShare on TwitterShare on Linkedin 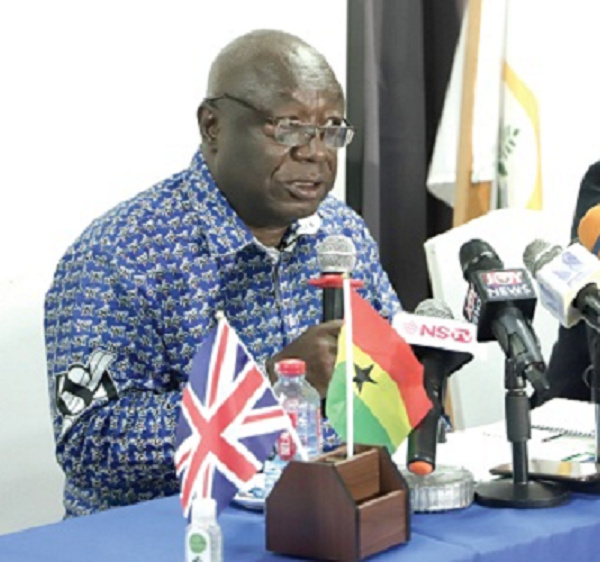 The Minister for Environment, Science, Technology and Innovation (MESTI), Dr Kwaku Afriyie, last Friday inaugurated a 21-member governing board of the Council for Scientific and Industrial Research (CSIR) in Accra.

The Board chaired by the government nominee, Prof. Robert Kingsford Adaboh, was tasked to strengthen collaborations with other government agencies that were also doing well in the area of science and technological research in the country.

Dr Afriyie after administering the oath of office and secrecy, said, CSIR was the backbone of the country’s scientific research mandated to carry out scientific and technological research for national development.

He said the government’s flagship agricultural campaign, the Planting for Food and Jobs, under the Ministry of Food and Agriculture (MOFA), was able to produce more grains which were fashioned from the laboratory of CSIR.

“CSIR has chalked successes in coming up with technologies in crop and animal production, agro-processing and value addition, building and road construction, environmental management and industrial manufacturing,” he said.

“The Council has championed the collection, characterization and preservation of indigenous germplasm for conservation, utilization and improvement of agricultural crops which have contributed immensely to national development,” Dr Afriyie said.

He noted that the Ministry would ensure that the economic capabilities of CSIR research findings become more prominent through the setting up of a Marketing Unit for the Council.

He explained that the Marketing Unit would be tasked to swiftly carry out any research finding which had to do with commercialization to the private sector for partnership.

He said, “In the area of food security, for example, farmers in the country are using improved varieties of maize, rice, groundnut, soybean, yam, cassava and millet developed by CSIR.”

“I believe that looking at the caliber of people on the Board. You would assist me in setting up a vibrant Marketing Unit that would be marketing the research works of the Council,” he said.