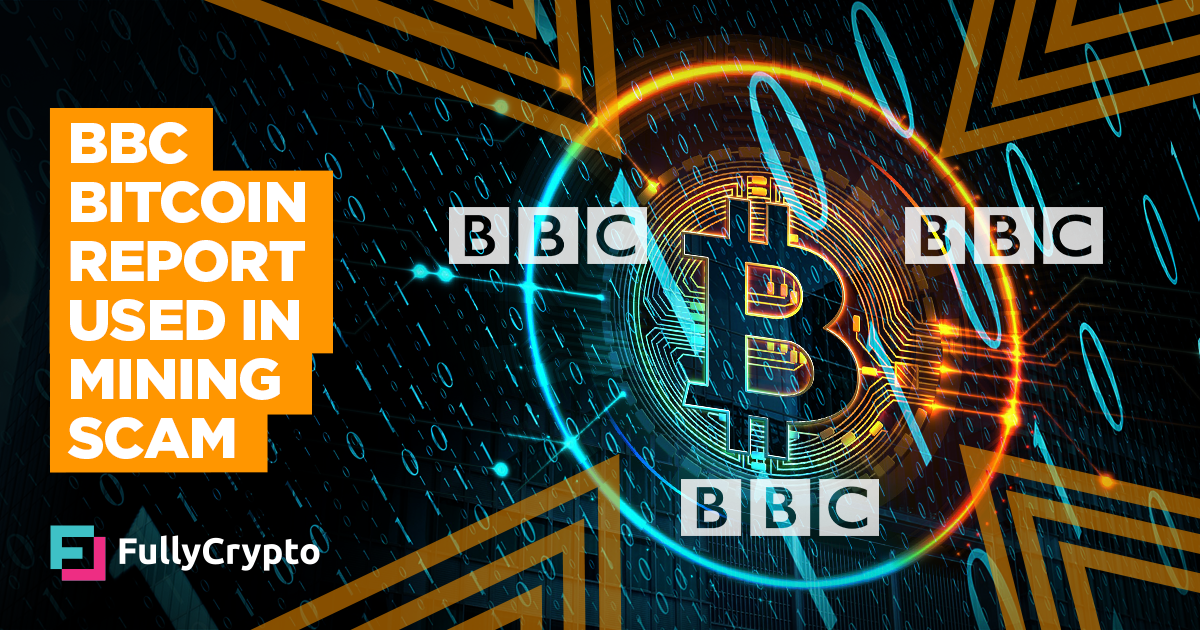 A BBC report on Bitcoin mining has been used to entice unwitting victims into a Telegram-based scam. The journalist who made the report, James Clayton, posted a follow up over the weekend on the BBC news website to show how his video report from a Bitcoin mining facility in New York was being used by scammers to promote a remote mining service which has taken the life savings of at least one individual.

Greenidge Generation Report Doctored by Scammers
Clayton made his report on the Greenidge Generation site in July, summarizing that Bitcoin mining contributes to the climate crisis (natch). However, Russian scammers have been using it to promote the scam B2C Mining, editing the report to omit anything related to climate change and pretending that the report covered B2C’s Bitcoin mining farm rather than Greenidge’s.

This was done to suggest that the B2C Mining facility was a legitimate investment, with victims telling the Clayton that the knowledge that the report was made by the BBC added credibility to the claims made by the scammers.

B2C Mining Shows That Scammers Are Evolving
The B2C Mining Telegram group had almost 3,000 members and were promising 20-40% profits in 24 hours depending on the type of coin mined. One victim told Clayton that, once he had realized it was a scam and demanded his money back, the scammers asked if he could make a video saying how pleased he was with the service.

Bitcoin mining scams have been doing the rounds since time immemorial, and the presence of B2C Mining shows that such scams aren’t just still around but are evolving.

Bitcoin Price Analysis: BTC Dips, This is the Key Level to Watch