by Crypto News By Dale Warburton
in Blockchain
Reading Time: 3 mins read
A A
45
SHARES
279
VIEWS
Share on FacebookShare on TwitterShare on Linkedin 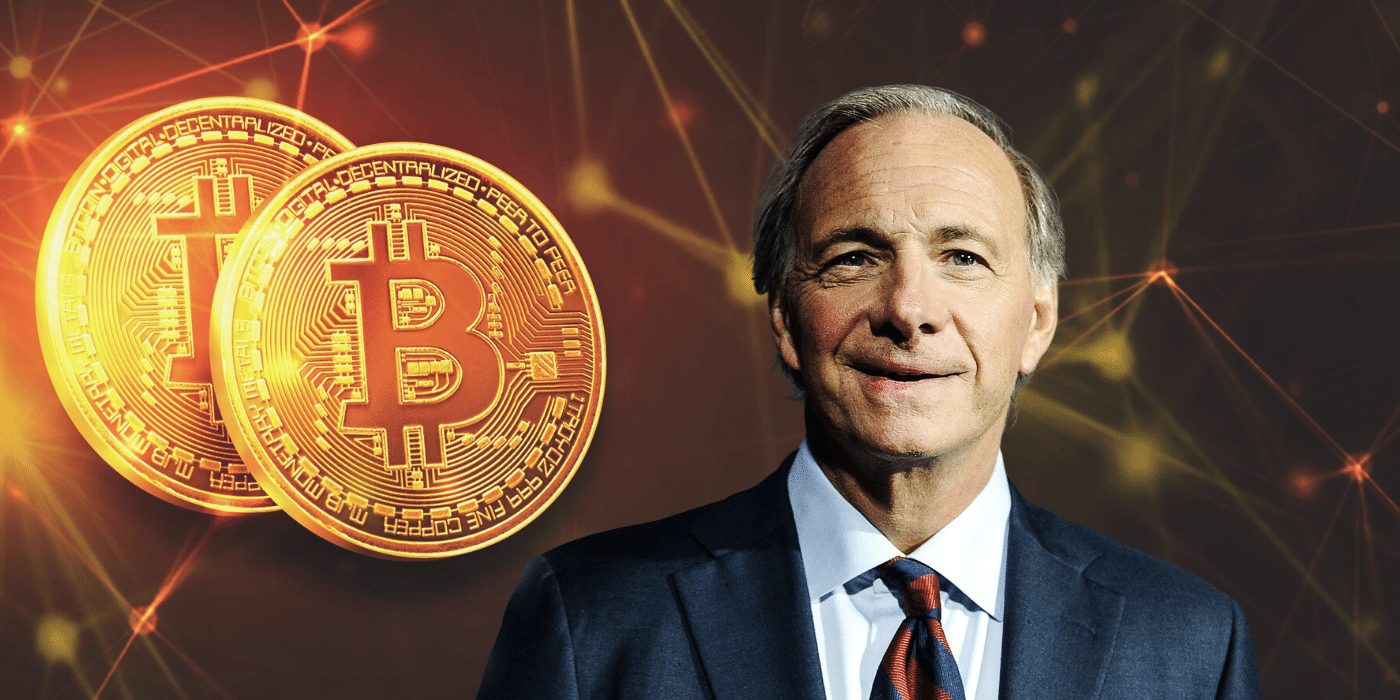 Ray Dalio runs the largest hedge fund on Earth, with US$105 billion under management. After previously dismissing it, earlier this year he disclosed that he “had some Bitcoin“, and in a recent interview with MarketWatch, suggested it was a “younger generation’s alternative to gold”.

Even former critics like Ray Dalio agree that #Bitcoin is digital gold.

Using the Past as a Guide for the Future
Speaking to MarketWatch, Dalio suggested that most people are interested in the news of the day but not in history and lessons of the past.

My approach has always been like [that of] a doctor, that if I haven’t seen many cases of it before I want to go back and study all the cases in history so I can make decisions today.

Zooming out, Dalio identified three main themes that required study, largely driven by fiscal and monetary policies over the past two decades:

Zero interest rate, high levels of debt and money printing to finance that debt.Growing conflict and division between different socio-economic and political groups. The rise of China challenging the American world order that has been in place since 1945.
Recognising that money printing has historically led to currency debasement and inflation, as reflected in the recent 39-year US CPI inflation numbers, he suggests that conditions may indeed worsen if stimulus cheques don’t come in at the same rate.

Dalio’s Investment Advice
Dalio noted that at present, “money is essentially free” so it doesn’t cost anything to borrow. He added: ” … with the cost of money negative and below the nominal growth rate, it’s very profitable to borrow and invest in anything that can grow at the inflation rate or more”.

The Federal Reserve was therefore “between a rock and a hard place” because it needs to restrain inflation, but if it raises rates, asset prices will collapse. In a country that is already divided, and with mid-term elections next year, it wouldn’t be politically palatable to raise rates. Dalio’s base case is therefore continued economic stimulus and currency devaluation.

While it may be tempting, he cautioned investors against cash:

It has been an amazing accomplishment for bitcoin to have achieved what it has done, from writing that program, not being hacked, having it work and having it adopted the way it has been. I believe in the blockchain technology; there’s going to be that revolution, so it [Bitcoin] has earned credibility.

Ray Dalio
He recognised that Bitcoin was the younger generation’s answer for gold and added “Bitcoin is like gold, though gold is the well-established blue-chip alternative to fiat money”.

Despite being positive about Bitcoin, Dalio did however stress that should it continue to represent a threat to government, it would likely be outlawed. Governments have banned alcohol, drugs, weapons and even gold, but none has served to undermine its value in the long run.

While Dalio is no doubt the expert on all things macro, he is perhaps overlooking the fact that if properly self-custodied, Bitcoin is unconfiscatable. Despite being banned in various countries around the world, Bitcoin has continued its path towards global adoption.

As Parker Lewis has said, “… if a government attempts to ban Bitcoin it is an endorsement that Bitcoin works and threatens their monopoly on money”.