by J. Clara Chan
in Artificial Intelligence
Reading Time: 2 mins read
A A
45
SHARES
279
VIEWS
Share on FacebookShare on TwitterShare on Linkedin 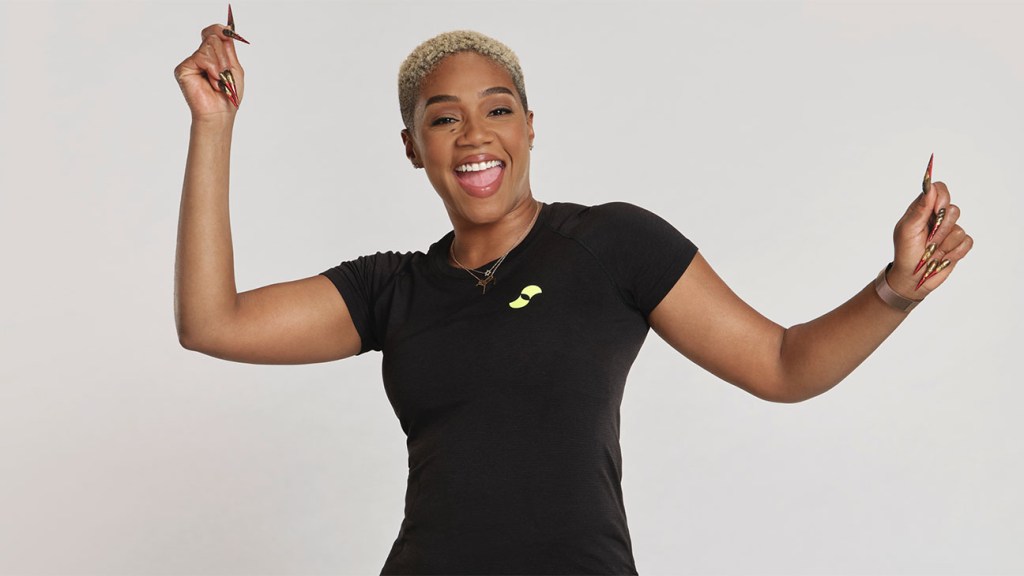 Are you ready to sweat with Tiffany Haddish?

The actress, comedian and virtual reality fitness enthusiast has been tapped as a guest coach for Supernatural, a subscription VR fitness app for the Meta Quest (formerly known as the Oculus Quest). Beginning Jan. 1, 2022, Haddish will lead users in four virtual workouts — boxing, cardio, full-body stretching and meditation — with backdrops filmed in Spain, Portugal, the Maldives, China, Bolivia and Mongolia.

“I became addicted to Supernatural last year. I’ve never felt so powerful or had so much fun working out. I can travel the world from my living room, move to music I love and feel like a superhero every day,” Haddish said in a statement. “My mission in life is to spread joy and empower people, and as a Supernatural guest coach, I get to spread that goodness in a way that also gets people sweating and smiling as they get a great workout.”

Financial terms of the partnership were not disclosed, but Haddish is the first celebrity guest coach for Supernatural, which was launched in April 2020 by the AR and VR company Within. (Meta, formerly known as Facebook, purchased Within in late October, though The Information reported last week that the Federal Trade Commission has opened a probe into the $400 million–plus acquisition.)

Haddish has been a vocal fan of Supernatural since she received the Quest headset, preloaded with the app, last year. In April, the comedian shared on Instagram her disappointment that she wasn’t able to get her Supernatural workouts in after her Quest headset strap broke. The following day, Supernatural sent her a new device and later reached out to Haddish to inquire about having her on as a guest coach.

“She instantly, like magic, became such an authentic fan of the brand and the product. And we were really blown away to see how she was so beautifully speaking about her experience working out with us,” Jonny Ahdout, the head of product marketing and community at Supernatural, tells The Hollywood Reporter. “We’re looking at somebody who authentically loves and uses the product, is out there making all these incredible changes and being such a force for good in her own right and breaking barriers in her own life.”

“To me,” Ahdout continues, “there’s no better definition of somebody that you would want coaching you along the fitness journey. It just became a no-brainer to invite her to come be a guest coach.”

Haddish worked with Supernatural’s choreographers, coaches and content curation team to develop the series and plan the soundtracks for each workout (Supernatural, led by CEO and former music video director Chris Milk, signed a deal with Universal Music Publishing Group earlier this year to add thousands of hit songs to the app). Supernatural users will get to see or hear Haddish working out with them as they smash virtual targets, squat to avoid imaginary obstacles and more — all from their living rooms.

Subscriptions to Supernatural cost $18.99 a month, or $179 a year. Watch the teaser below.

This is the real voice behind Siri

Siri’s voice is probably one many of us are familiar with. Many iPhone users speak to Siri on a daily...

While Facebook, Deadmau5, and Walmart have plans to get in on the ground floor of the Metaverse market, PlayStation inventor...