by Mark Hunter
in Blockchain
Reading Time: 5 mins read
A A
45
SHARES
279
VIEWS
Share on FacebookShare on TwitterShare on Linkedin 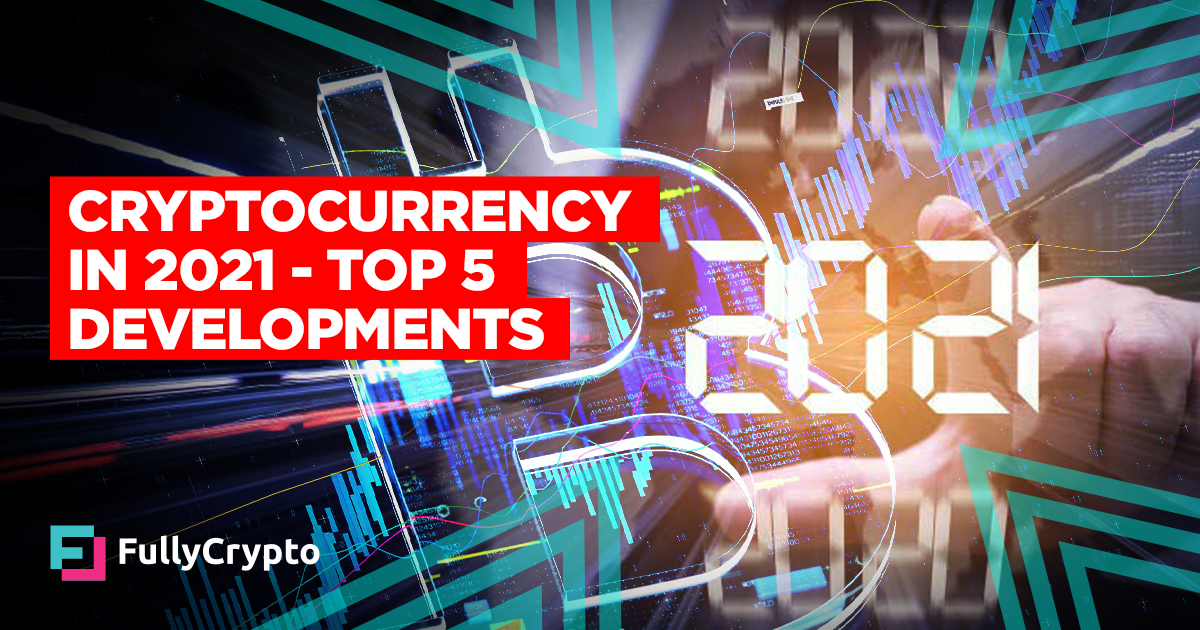 2021 has been another huge year for crypto, with many developments in the space
We’ve seen Elon Musk going DOGE crazy, China going ban crazy, and Bitcoin his all time high
What were the biggest things to hit crypto this year?

2021 has been a huge year for the cryptocurrency ecosystem, with a whole host of developments moving the space forward in many respects, but also back others. We have picked the five top developments that we think have had the biggest impact on the ecosystem this year, from Bored Apes to incessant DOGE tweets.

5. Elon Musk/Tesla
Elon Musk was already known to be interested in the cryptocurrency space before 2021, but this year he barged his way in like a high school jock at a Dungeons and Dragons game and threw his weight around. At the end of January he changed his Twitter bio to the Bitcoin logo, causing a spike in price and a flurry of excitement that either he or Tesla had bought some. The following day he confirmed he was a “supporter” of Bitcoin…and then the Dogecoin tweets began.

Musk began tweeting about DOGE like it was the hottest model on the catwalk, saying how it was going to take over the world, how it was going to be the currency of a Mars colonization in the future, and all sorts of other weird shit that helped it pump thousands of percent. It was fine at the start, but then it got a bit weird, with multiple tweets about DOGE per day until no one knew if he was joking or not.

In the meantime Tesla bought $1.5 billion of bitcoin and accepted it for car payments, then reversed this decision as Musk chimed in on Bitcoin’s environmental impact. This helped crash the market, although Tesla still retained almost all their bitcoin.

Musk’s antics were at first a sign of spreading adoption but soon got wearing, and by the summer most people were fed up of him talking about crypto because of his power to control the markets with a single tweet. Musk went relatively quiet on Bitcoin and DOGE during the cool off in the summer which was a relief to everyone, and here’s hoping he has learned something for 2022.

4. Regulations
Crypto regulations seem to be like an avalanche that is simultaneously threatening to overrun the crypto scape but at the same time moving so slowly that it will take years to do so. Talk of crypto crackdowns have been making headlines since 2017, but few countries have taken particularly large steps towards them – bar China of course.

2021 has seemed to precipitate a shift in mood however, with the UK a prime example. This year seven banks have banned account holders from directly buying cryptocurrencies through their accounts, while some also prohibit the receipt of funds from such exchanges. The FCA has also banned Binance UK from launching and has warned British users of the regular Binance exchange that it was not safe to use. Binance itself has increased its AML/KYC procedures to eradicate anonymous accounts, something that is being adopted by other exchanges.

The Financial Action Task Force’s ‘traveler rule’ has also forced exchanges to collect more details for high value transactions, while the EU also wants to ban anonymous cryptocurrency wallets absolutely. New SEC chair Gary Gensler made it clear from the outset of his tenure that crypto regulation was a priority of his, with his comments added to by United States Secretary of the Treasury Janet Yellen.

Almost the entire U.S. government is anti-crypto, evidenced by the disastrous Infrastructure Bill, and yet there is still little sign of an actual framework being drawn up to regulate them. 2021 has seen lots of talk about regulations, with several steps being taken against specific companies of aspects of the space, but the fact that many different agencies will be required to make it work, it could be many years yet before anything cohesive comes around.

3. NFTs
This year you couldn’t move for talk of NFTs. They were everywhere, from Bored Apes to Ether Rocks and everything in between, clogging up Twitter timelines and selling for insane prices. Sotheby’s was selling and Visa was buying. Even Snoop Dogg revealed himself to be an NFT aficionado. Images of squiggles, rocks, and cartoon animals were selling for seven figures, including a monstrous $24 million purchase of a collection of Bored Apes, while many still struggled to get their heads around exactly what NFTs were all about.

99% of NFTs bought this year were probably bought with the expectation of profit, with 1% being bought by those who actually liked them. Apart from buying them, looking at them, and selling them there wasn’t actually much anyone could do with NFTs, but this didn’t put people off. 2021 was, without doubt, the year NFTs arrived, with the rest of the decade likely given over to making use of them within the metaverse or through gamification thanks to platforms such as Blue Horizon.

2. China Bans
Undoubtedly one of the two biggest developments in crypto this year has been the actions of China. An avowed enemy of the cryptocurrency space since 2013, China has frequently hit the space with bans or threats of one type or another since then, but 2021 has taken it to a whole new level. In May they firmed up an existing ban on crypto mining but, in a departure from previous bans, actually carried it out, forcing the industry to shut down en masse. The Bitcoin hashrate plummeted over one weekend as the Chinese crypto mining industry shut down and miners were forced to either give up or relocate abroad.

In September the Chinese government issued an edict classifying all cryptocurrency transactions as illegal. This too was in line with action taken in previous years, but it still resulted in the Bitcoin price dropping $5,000 and exchanges like Huobi promising to off-board users by the end of the year.

The May mining ban kicked Bitcoin over a cliff in terms of price while the September ban stalled any hopes of a rebound, with the country clearly keen to clean up any cryptocurrency activity in the country ahead of its own digital yuan rollout.

And now for our number one cryptocurrency development of the year…

1. El Salvador Adopting Bitcoin
Bitcoin was intended as a currency, but it’s been years since anyone has been able to use it as such. There’s a reason terms like ‘store of value’ and ‘digital gold’ are now used to describe it, a situation not helped by the Lightning Network which was failing to deliver on its promise to scale Bitcoin.

Enter El Salvador. When president Nayib Bukele announced in June that it was not just going to accept Bitcoin as legal tender but would also create an entire payment network based around the Lightning Network, no one in the Bitcoin world (or the non-Bitcoin world) could believe it. Acceptance as a legitimate currency was something that had always been akin to a pipe dream, and yet here it was, becoming a reality. The move was great news not just for Bitcoin but for the Lighting Network too which finally had a chance to show what it could do, and it did, growing exponentially throughout 2021.

More countries are now suggesting that they may follow El Salvador’s example, potentially ushering in a decade where Bitcoin becomes the fastest growing currency in the world. It is for this reason that we crown El Salvador’s adoption of Bitcoin as our number one most important development of 2021.

Do You Agree?
As we can see, there has been no shortage of big topics to talk about in 2021, and we think El Salvador’s adoption of Bitcoin is the biggest thing that has happened this year. It has elevated Bitcoin onto a whole new plain and represents a triumph after 12 years of growth, trials, and tribulations.