by James Rubin Sam Reynolds
in Blockchain
Reading Time: 5 mins read
A A
45
SHARES
279
VIEWS
Share on FacebookShare on TwitterShare on Linkedin 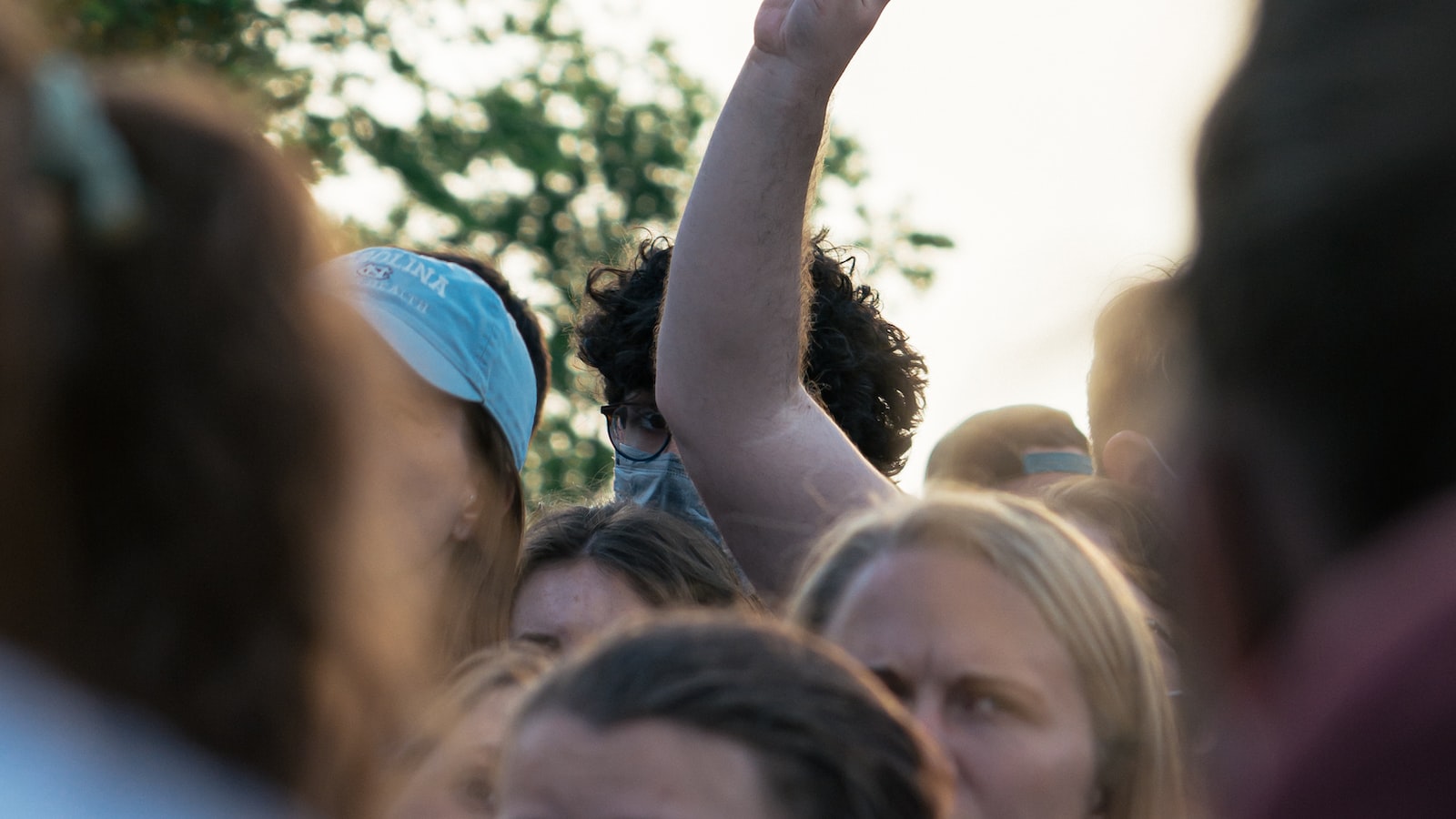 Prices: Bitcoin, ether and most other major cryptos declined a day before the U.S. central bank announces its latest interest rate decision.

Insights: Should the Ethereum network be subject to U.S. securities law? That question is at the heart of an SEC case against crypto promoter Ian Balina.

Catch the latest episodes of CoinDesk TV for insightful interviews with crypto industry leaders and analysis. And sign up for First Mover, our daily newsletter putting the latest moves in crypto markets in context.

Investors didn’t need a crystal ball on Tuesday to know that the U.S. central bank will likely announce a 75 basis point interest rate increase in less than a day.

They mostly shrugged as the weeks-long, telegraphed move neared, sending bitcoin and most other major cryptos lower. The largest cryptocurrency by market capitalization was recently trading just below $19,000, down more than 3% over the last 24 hours. BTC alternated fluttering above and below $19,000 for much of the U.S. trading day.

Moya added that “this week’s central bank decision fireworks, which could help fuel any sell-offs to retest the (bitcoin) summer lows. Peak pessimism is almost here for crypto, which is needed before longer-term money piles back in.”

Ether was recently changing hands under $1,350, a more than 4% drop from the previous day. The second-largest crypto by market value, which traded in a narrow range, has fallen about 18% over the past four days and more than 32% since reaching a pre-Merge, euphoric high over $2,000 in August.

Most other altcoins stood unsteadily in a red swamp with ATOM and LUNA recently down about 11% and 7%, respectively, over the previous 24 hours.

Crypto prices dovetailed with stock indexes, which also plummeted on Tuesday as investors continued their recent exile from riskier assets. The tech-focused Nasdaq, the S&P 500, which has a heavy technology component, and the Dow Jones Industrial Average (DJIA) all declined about a percentage point. The Fed’s continued monetary hawkishness aims to quell inflation, which has reached four-decade highs in recent months, but risks casting the global economy into recession.

Central banks globally have been wrestling with the same dilemma and a number of them have raised their interest rates in recent weeks. Sweden’s Riksbank became the latest, boosting its rate 1% on Tuesday, its largest increase in nearly two decades.

“The Riksbank is setting the tone for this week, and expectations should grow for more central banks err(ing) on the side of being more aggressive with fighting inflation,” Oanda’s Moya wrote.

Earlier Tuesday, Nasdaq (NDAQ) announced that it was starting a cryptocurrency custody service to cash in on the demand from institutional crypto investors. The initiative by the second-largest U.S. stock market operator follows a wider trend among large institutional investors and other Wall Street organizations that will be offering crypto products and services.

Last month, BlackRock, the world’s largest asset manager, announced that it will provide cryptocurrencies for its institutional clients, and Depository Trust & Clearing Corp., which processes almost all U.S. stock market trades, released its own blockchain as it looks to speed up the settlement of trades.

“Looking forward is how much does news like this in terms of institutional adoption have the ability to impact the price action, and I think less and less,” Ramos de Sousa said. “We’re gonna see that. It’s become normalized to think that institutional players are into the crypto space.”

Should the Ethereum Network Be Subject to U.S. Securities Law? The Case Against Ian Balina

Crypto promoter Ian Balina was the subject of a criminal complaint by the U.S. Securities and Exchange Commission (SEC), filed Monday charging him with conducting an unregistered securities offering in early 2018 for his SPRK token initial coin offering (ICO).

The SEC’s case against Balina relies on an extraterritorial claim: “Their ETH contributions were validated by a network of nodes on the Ethereum blockchain, which are clustered more densely in the United States than in any other country. As a result, those transactions took place in the United States.”

To be sure, nodes on the Ethereum network are largely based in the U.S. Much has been written about the concentration of Ethereum – and other protocols – nodes within commercial data centers. Research from crypto data provider Messari shows that 52% of Ethereum nodes are based on Amazon Web Services cloud servers while 42% of Solana’s nodes are on Hetzner (a German cloud provider) servers.

Ethernodes data shows that 43% of these nodes, regardless of what cloud provider they are hosted on, are based in the U.S. while 11.6% are based in Germany.

But that’s the network of today. The SEC’s complaint is about activity in 2018.

Historical data about node distribution by country isn’t as readily available as current data. But the information that’s online shows that the Ethereum network of yesterday is more evenly distributed around the world.

In a 2018 paper, University of Massachusetts researcher Sunny Katkuri created a script to analyze geographical information about 19,000 public Ethereum nodes. Katkuri’s data shows that 33.6% of these nodes were in the U.S., 12.6% in China, 6.2% in Malaysia and 42.5% in other countries.

Earlier data from a 2016 paper by researchers at Technische Universität Berlin shows that IP addresses of data centers in Germany, Canada, Bulgaria and Singapore hosted the most nodes.

There’s also a technical issue here. Ethereum miners, which also run nodes to validate transactions, were at the time largely based in Europe and China.

So with that in mind, it’s tough to conclude that the Ethereum network of 2018 was “clustered more densely in the United States than in any other country” and thus under the control of U.S. securities laws. It’s not in dispute that U.S. nationals purchased the ICO tokens, but the network on which the tokens existed wasn’t inherently American.

The SEC declined to provide comment for this story.

In case you missed it, here is the most recent episode of “First Mover” on CoinDesk TV:

Institutional interest in crypto is in the spotlight following a series of announcements regarding new crypto services from Nasdaq, Charles Schwab, Citadel Securities and Fidelity Digital Assets. EDX Markets CEO Jamil Nazarali, who will head up an exchange to service institutional clients, joined “First Mover” to discuss the developments. Other guests included Bruno Ramos de Sousa of Hashdex and Celo co-founder Marek Olszewski.

Trading App Robinhood Markets Adds USDC to Its Crypto Lineup: Users will be able to transfer the stablecoin from the Polygon and Ethereum networks on Wednesday.

Bitcoin’s Pre-Fed Weakness Has Chart Analysts Focused on Support at $18.3K: That’s a level where traders who have taken long positions may exit, according to one technical analyst.

SoftBank, Deutsche Telekom Back $300M Fund With Web3 Component: The fund from DTCP launched in March and is still raising money. It is expected to close in 2023.

Bitcoin Had a Rough September. Here Are the Key Metrics

CryptoSlate Wrapped Daily: Judge rules in favor of Ripple against

Checking if the site connection is secure www.coinspeaker.com needs to review the security of your connection before proceeding.