BMW’s E Ink is about more than aesthetics

by Urvaksh Karkaria
in Technology
Reading Time: 2 mins read
A A
45
SHARES
279
VIEWS
Share on FacebookShare on TwitterShare on Linkedin 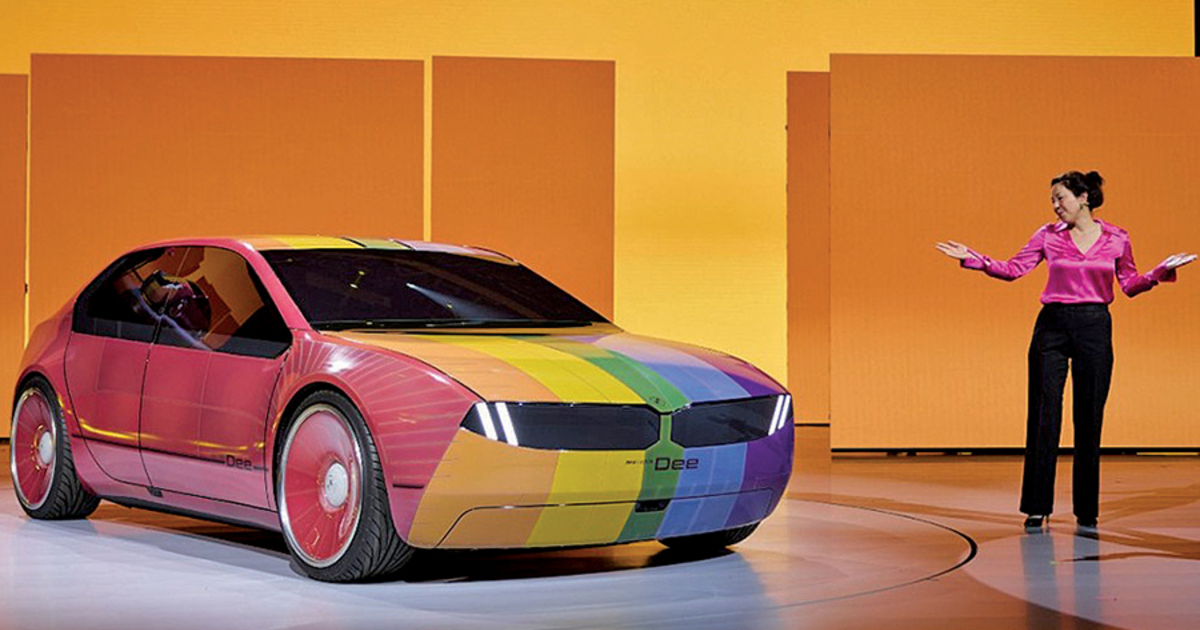 Electronic ink tech can digitally change a vehicle’s exterior to an array of colors and patterns in near real-time, taking personalization to a new level.

The i Vision Dee concept can display up to 32 colors.

BMW’s i Vision Dee concept showcased at CES this month featured a color-changing technology that the automaker could offer on its production vehicles.

BMW teased a black-and-white application of E Ink technology, currently found in e-readers, on an iX M60 electric crossover at CES 2022. Electronic ink can digitally change a car’s exterior to an array of colors and patterns in seconds — transforming it into a one-of-a-kind vehicle.

The electrophoretic film contains microcapsules that are the diameter of a human hair. When stimulated by electrical signals, the technology brings different color pigments to the surface, causing the wrap to change color.

“It’s definitely a prototype,” Clarke said at a media briefing in Munich last year. “But because the interest has been there, and also because it’s not that far off in terms of what it needs [regarding] technical specs, we’re going in that direction. I can say that for sure.”

Clarke, an engineer who previously worked on dashboard technologies, first applied electronic ink to solve the problem of glare behind the wheel.

The initial functionality showed information in bright sunlight, with buttons on the steering wheel and dashboard visible at all times, she said.

Clarke’s team then adapted E Ink to a car’s exterior to display information or warn drivers of a disabled vehicle.

The i Vision Dee at CES had a customizable exterior film capable of displaying up to 32 colors and a near-infinite variety of patterns. The surface was divided into 240 segments, which could be controlled individually, allowing an array of patterns to be generated in seconds.

Engineers had adapted the E Ink technology for curved surfaces and the programming of animations, so the i Vision Dee could display facial expressions in response to spoken commands, project the driver’s avatar onto the windows and deliver information, such as vehicle state of charge.

“If the whole car would flash red and white, that’s much more visible” than just blinking lights, Clarke said.

The technology can also boost energy efficiency. Adjusting to a lighter color on a hot day or switching to a darker skin on a cloudy day can reduce the use of the vehicle’s air conditioning.

Unlike displays or projectors, E Ink technology only draws power when switching color.

“It needs no energy to hold a color,” Clarke said. “I could pull the plug and it would stay that color.”